This year’s summer holiday was to Westendorf in Austria, it was Thomas’ first trip abroad.

We flew from Manchester to Munich with Easyjet and got a taxi from Munich to Westendorf which averages a two hour drive. In future we’d probably get the train to Wörgl since the drive is prone to delay, and is very expensive. FastTrack security at Manchester is worth the £5 per head.

We stayed at Appartment Kurz in Westendorf which is a 5 minute walk from the village centre, close to the nursery slopes if you are there in winter. We had the ground floor apartment which had a south facing terrace looking onto the very quiet street. Two of the three bedrooms were in the basement which was excellent since this meant they were relatively cool – temperatures approached 30 degrees for the whole week. 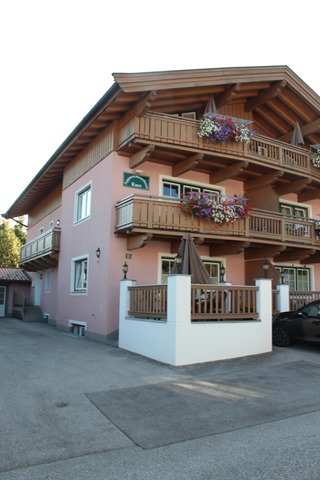 Mum was staying in Westendorf whilst we were there which was really nice for finding things to do, during the week she was presented with a voucher by the tourist office for her 35th visit to the village! We used the lift system – and the local buses – which are a roughly hourly service between Worgl and Kitzbuhel barring ~3pm when there is no bus for two hours! The buses are free on the tourist card which seems to be an intrinsic part of staying in the village. We got weekly lift passes which are much more economic than pay as you go.

A gentle trip up the Alpenrosenbahn with a walk along the back route to Choralpe, where marmots can be seen (maybe). Best value entertainment – the “Ball run” – 2€ for a small wooden ball to roll down a run back towards Talkaser. 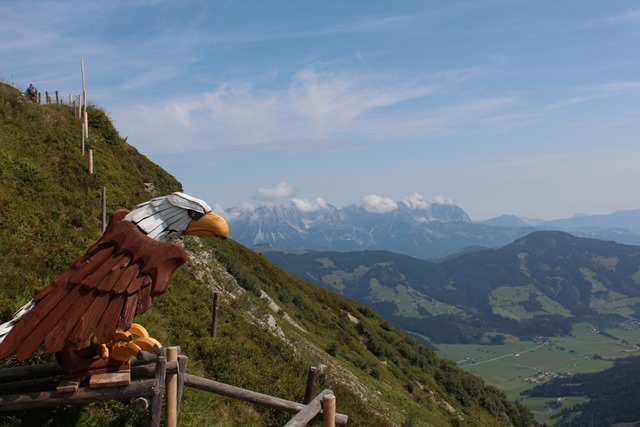 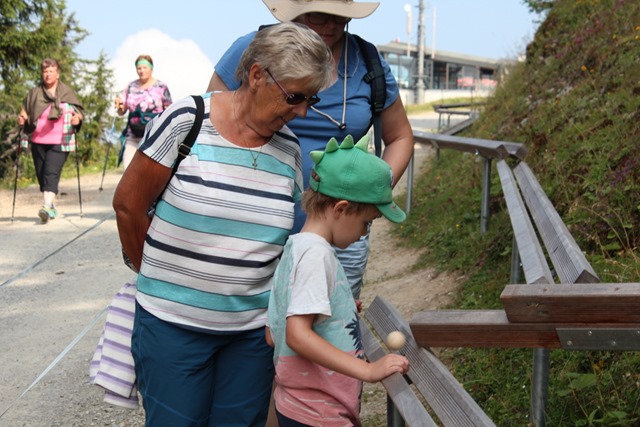 We took the bus to Hopfgarten and then the gondola to the top of Hohe Salve and back down to Hexenwasser, at Hoch Soll. Hexenwasser is a modest outdoor water park which is free to use. We had a ride up and down a chairlift, the only one running on the system, so Thomas could enjoy the experience. 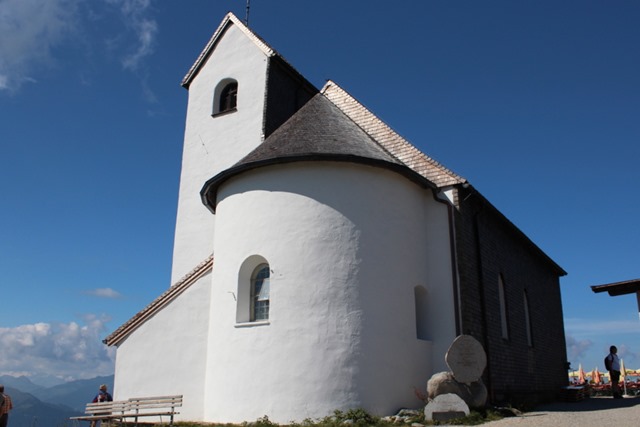 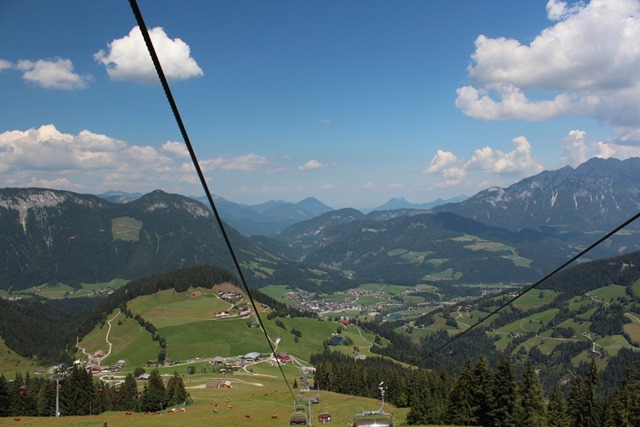 To Brixen and then up to Filzalm See which is another waterpark this time centred around a little lake. It has a barefoot walk, featuring a lot of mud and a mechanical treadle which allows you to make a Poseidon-like figure to rise from the waters of the lake. 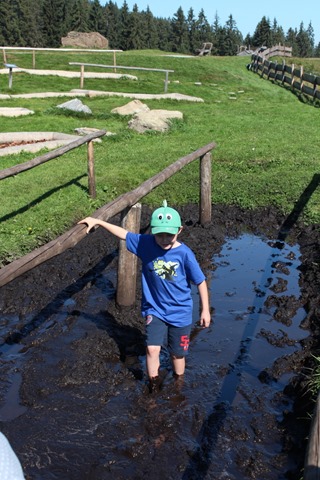 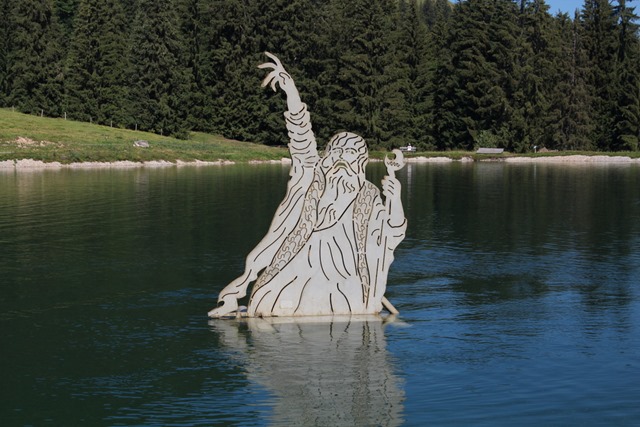 No lifts today, we walked the Wohlfühlweg (Wellbeing way) first thing in the morning, this is a trail along the edge of the woods by Westendorf that takes in some land-art style features. On our way back to the apartment we stopped off at Cafe Elisabeth for cake, so much cake. I’ve been to Cafe Elisabeth many times, it is only this time that I realised that Konditorei means “cake shop” in German, and not “air-conditioned” as had always assumed. In the afternoon we went to the outdoor swimming pool, very pleasant in the heat and quite reasonably priced – particularly if you go after 2pm. 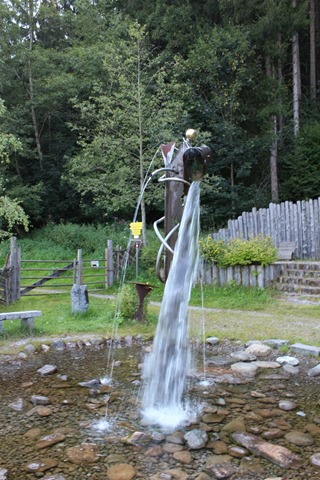 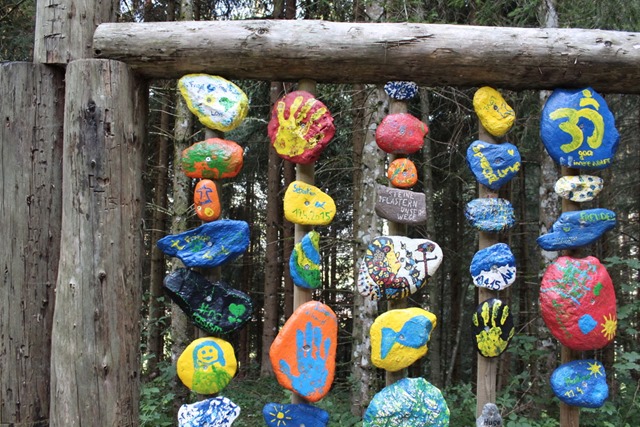 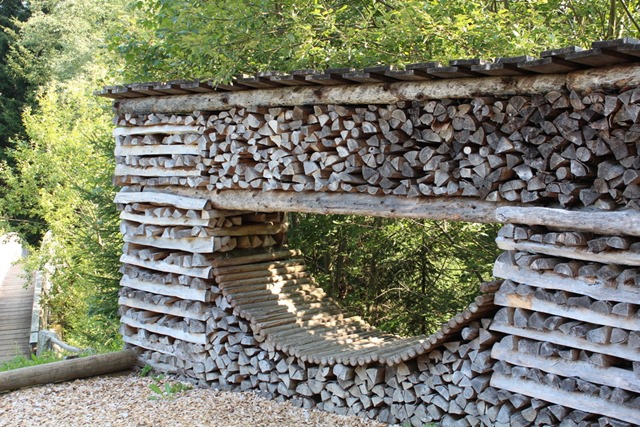 Back up the Alpenrosenbahn, I went to the summit by Choralpe. In the evening there was a market in the village where we got chicken and chips for our dinner. 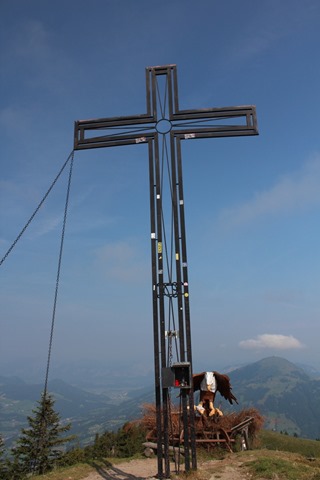 Filzalm See again, early in the morning followed by swimming in the open air pool in the afternoon. I went for a walk through the woods where I saw some pigs. 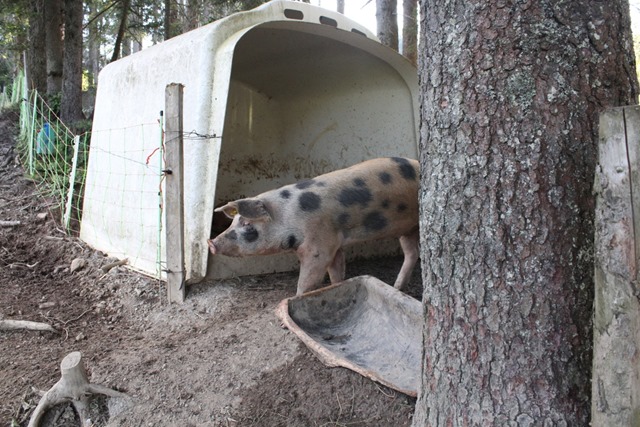 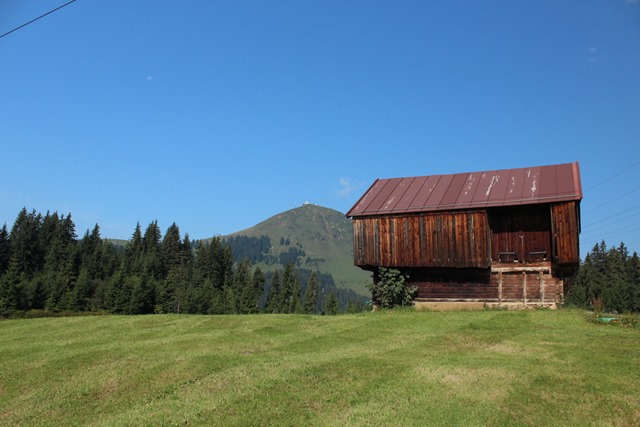