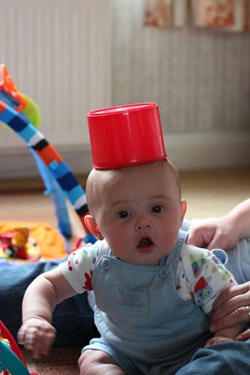 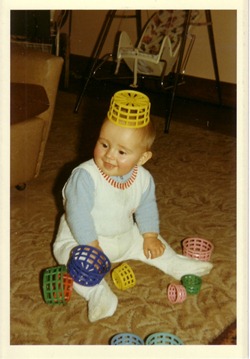 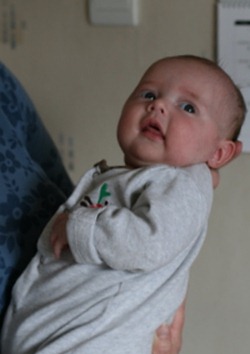 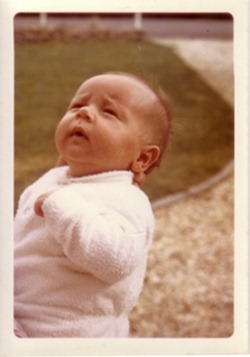 What handsome chaps! Left is Thomas, aged 11 weeks – right is me aged 2-3 weeks. 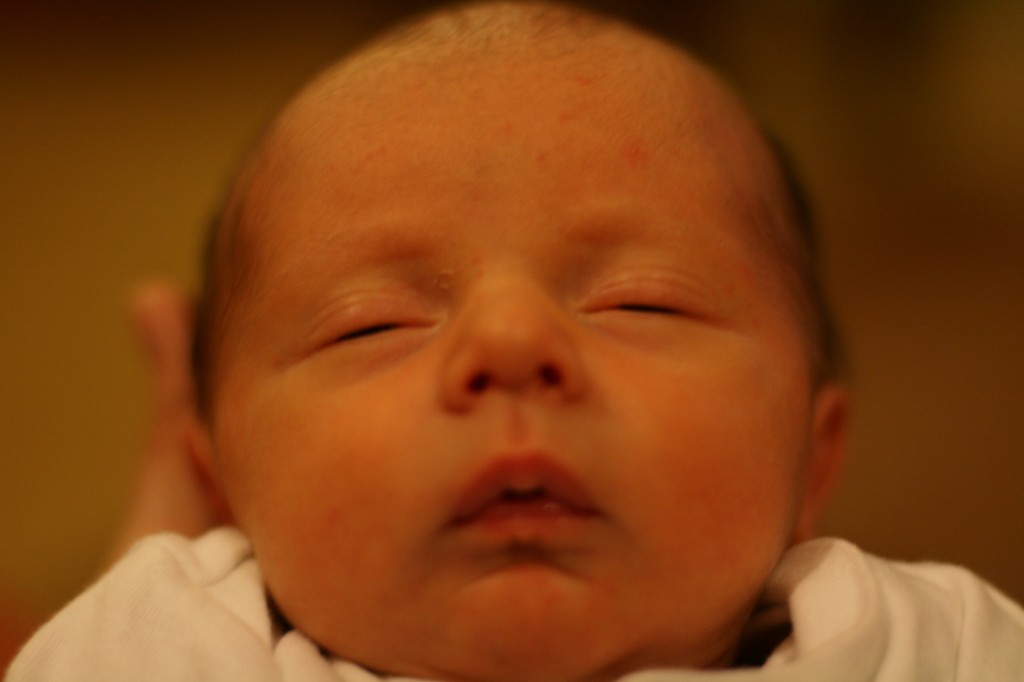 Clearly childrearing is primarily a biology experiment but there are elements of physical sciences which are helpful.

In my past I have done experiments at central facilities like the Rutherford Appleton neutron source, and the x-ray synchrotron sources at Warrington and Grenoble. The deal with these systems is you get a custom-built specialised instrument for a solid block of time and because it is scarce you use it 24 hours per day. Some people, technically called “lucky bastards”, have either highly automated instruments or samples which require long runtimes. I didn’t. So a small team goes off to do the experiment, tending the instrument at 2-3 hour intervals. As the experiments stretch into the small hours skills required for baby care come into play. The group needs to establish an appropriate shift pattern, novices often fall into the trap of refusing to go to bed first. Whilst more senior scientists might take the group to the pub for a couple of pints before buggering off to bed with the words “I’m too old for this”. Experiments like this require a range of tasks to be completed, and in a bleary state this is best done with a system which requires as close to zero thought as possible, make things ready again once you’ve completed a task rather than turning up at the bench to discover you left it in a complete mess. Also record clearly what you are doing so your fellow experimenters can pick it up in your absence (corporal or mental), this includes you. Advanced users have more exciting things to do, such as handling hydrofluoric acid or piranha etch at 2am, there is a clear parallel here with baby poo.

A second area of interest is in temperature-control. Haake water baths are to scientists and temperature control as Marshall amplifiers are to musicians and guitars – other brands are available but they just don’t have the cachet. These devices will maintain water (and samples) at a fixed temperature. It turns out that the description “lukewarm”, used to specify the required temperature for baby feed, has been in use in English since the 14th century, distressingly for a scientist the OED does not provide an actual temperature in SI units corresponding to “lukewarm” (or in any other units for that matter). There is a clear gap in the market here for an espresso-style baby feeding machine which takes as inputs unsterilised gear, expressed breast milk and formula milk and dispenses the required aliquots of “lukewarm” milk – a baby weighing scale could usefully be incorporated into the top of the device. In principle it may be possible to get it to carry out the feeding, although in practice robots struggle with handling soft, squishy, shrieking things.

Finally, one is pretty much forced into preparing a baby feeding spreadsheet. It pains me to be forced to this, I have a “what would chimps do?” attitude to baby-rearing. But these days babies are set feeding targets (150-200 ml per kg per 24 hours), and woebetide any parents failing to meet those targets – they are threatened with a return to hospital by a brigade of midwives whose advice on achieving the target varies greatly but waking the baby up at 3 hourly intervals for a feeding, day and night, is a fixed point. Force-feeding a baby at 3am is quite challenging, changing the nappy first is a good waker-upper for both parties but once feeding the baby gradually slips back to sleep – as illustrated at the top of this post.

The midwife seemed unimpressed by my describing this as being akin to preparing baby foie gras.

Thomas Samuel was born 5:39am on Saturday 4th February 2012, weighing 6lb 2oz (imperial being the SI unit of measure for babies), the birth was by caesarean section. Baby and mum are both doing well. Here he is only a couple of minutes old: 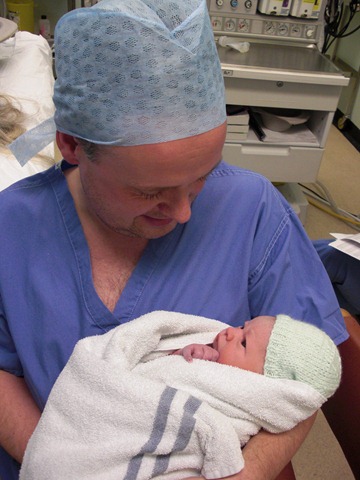 And now, on the 7th February: 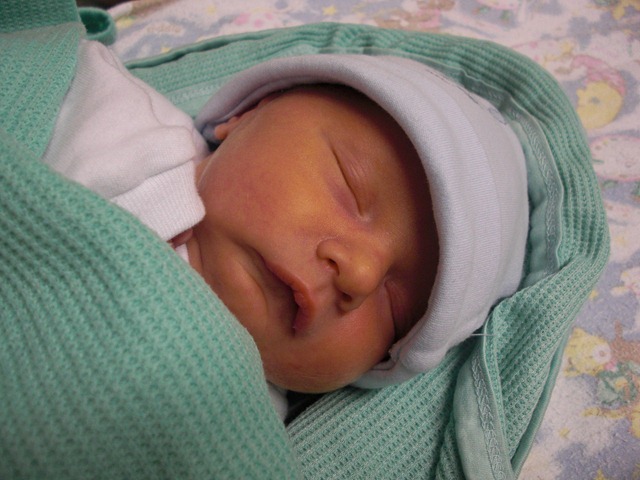 I don’t want to write about the details of the labour, it feels like an invasion of privacy, all I can say is that I now consider women to be heroes and scarily superhuman! I am a very proud dad.

I first felt Beetle around the 20 week mark, he was the very faintest flickering on my wrist, draped across my wife’s belly in the night.

Later he felt like distant thunder, a couple of pulses followed by a slide.

Now he feels like a cat in a leather bag, pushing to get out.