Mrs SomeBeans and I have been skiing for the last week, and this is a small set of photos from our trip. The family will be subjected to the full 120 photos but you, gentle reader, get the edited version. We went skiing in Westendorf, in the Austrian Tirol, this is where we learnt to ski in January 2001 (a tale of misery, pain and addiction). 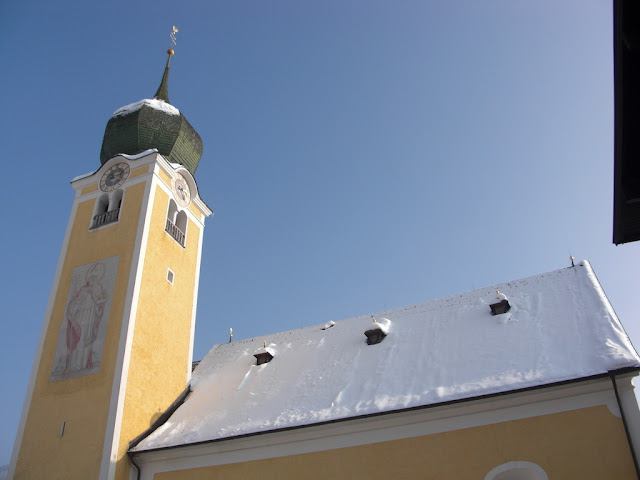 On our return we discovered that Westendorf was the village my mum visited most summers. We’ve been back a few times since, each time there are a few more ski lifts, pistes and restaurants to try. Last week was half-term in the UK and several European countries, so airports and so forth were pretty busy. We managed to avoid most of the crowds by making an earlier morning start and keeping to the quieter bits of the mountain.

The first few days of our trip were cold and clear, actually that’s not quite true, it was clear at the top of the mountain and murky at the bottom because of an inversion layer (meterologists: feel free to correct me) 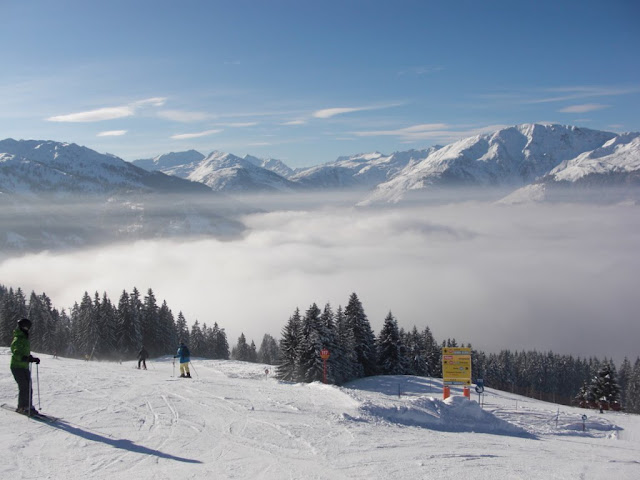 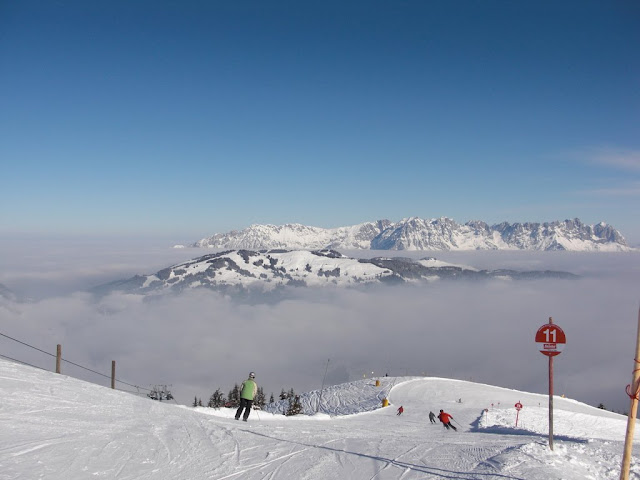 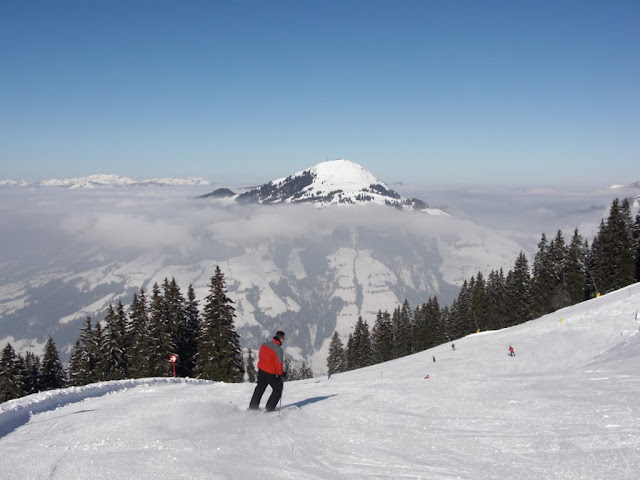 The cold weather was associated with snow, which covered the trees: 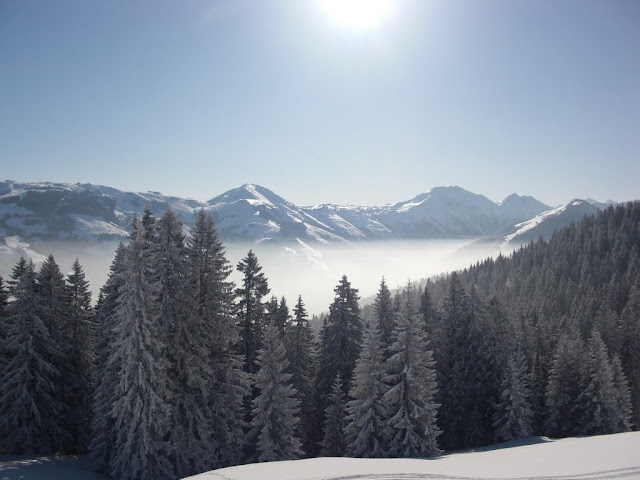 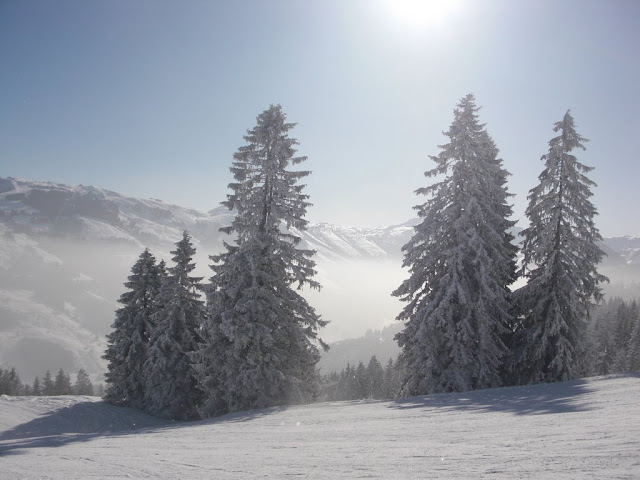 We saw sundogs, once again, but I found them impossible to photograph using my compact camera, however I did catch an okayish picture of a related effect – the pillar of light is a real effect you can see with your own eyes – not lens flare. 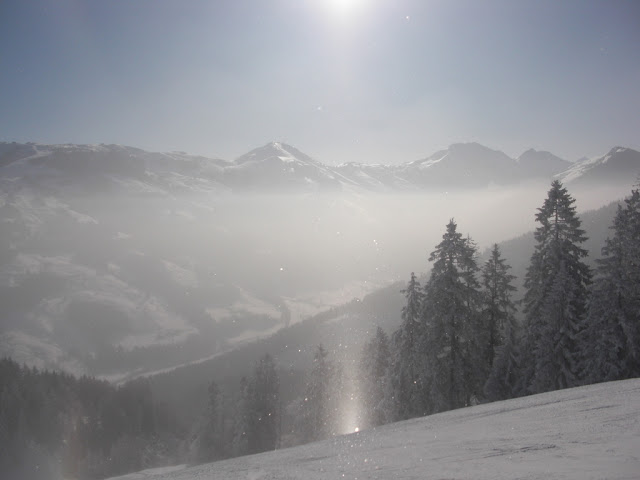 If I’d have dropped down the slope a little to take the photo the brightest spot would be floating a little way above the ground. Mrs SomeBeans saw this but kept quiet, assuming she was hallucinating! I believe it’s caused by a reflection of sun from aligned plate-shaped ice crystals in the air.

Over the last few years there’s been a big change in ski wear – most people now wear ski helmets, here you can see me sporting my new purchase: 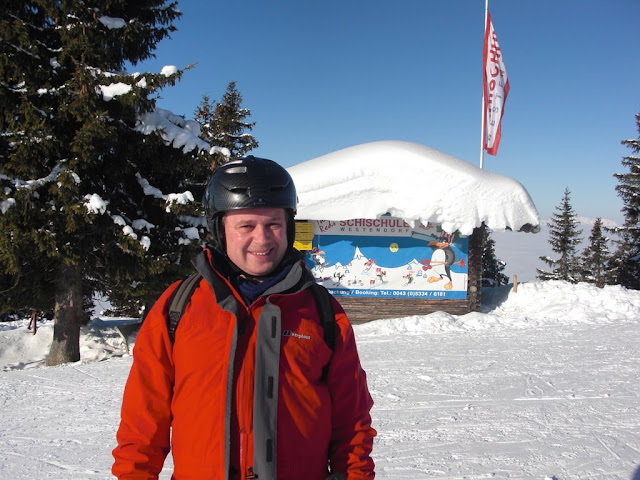 Mum was with us this time, she’s a bit leery of trying downhill skiing but does a bit of cross country skiing: 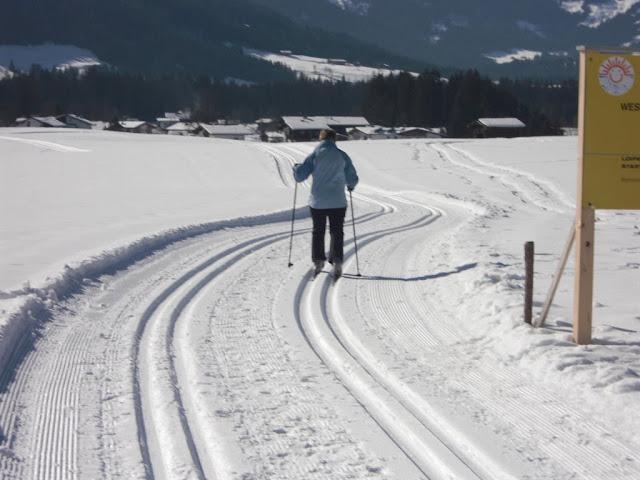 You’ll notice that few people feature in my photos, this is because I am something of a misanthrope – more of which later. As we left Westendorf it was snowing once again… and we returned to England yesterday to more snow overnight.