May you live in interesting times…

Go back to your constituencies and prepare for government! 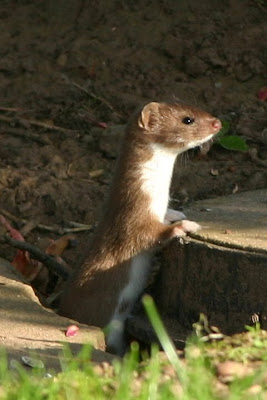 I think this will be my final political blog post for a while. I’ve written quite a few over the past month: I started with an explanation as to why I was a member of the Liberal Democrats here. I hunted out some data on the occupations of MP’s and made a graph here (what a lot barristers!). Then I wrote a blog post about the statistical errors in opinion polls, which I think was a little prescient (latest reports suggest that the voters that didn’t turn out were predominantly LibDem – hence biasing the pre-election polls). Approaching the finishing line, I wrote a post on my plans to stay up late on election night, followed by a post on my crashing gloom of the night itself. Then I made a post on what it might mean as the negotiations for coalition continued.

This post is about coalition, and a look at the debris of the election. My friends at work from Labour and Conservative tendencies called me a “turncoat weasel” today (in a friendly manner) so I have illustrated this post with a picture I took of a weasel.

First up, my take on the agreement between the Liberal Democrat and Conservative Party: remind me not to negotiate with Nick Clegg for anything, I think he’s played a blinder on this one. The agreement contains a mix of LibDem and Tory policies, and five positions in cabinet. It’s quite clear that the LibDems are a junior partner, but then that’s what you’d expect. I’m also pleased Nick Clegg did what he said he would do before the election: go to the party with the largest electoral mandate in the first instance.

Despite the massive apparent differences on Europe, I suspect it won’t be a big problem for the coalition. Liberal Democrats have a principled view that power should dissociate to the appropriate level – some things are best handled at a local level, some at a national level, and some to the European level. My guess is that over the next five years there will not be another major treaty moving power towards Europe, and joining the Euro in the next five years, as we all crawl out of recession, would be unwise as far as anyone is concerned. Perhaps David Cameron will value a coalition partner who has not isolated itself in Europe.

I’m wondering whether the Labour Party are trying to take the mantle of “the nasty party”, in the background to David Cameron’s speech in Downing Street could be heard a chant of “Tory scum”. David Blunkett described Nick Clegg as a harlot, amusing coming from an adulterer. And this morning Nick Cohen, left-wing columnist for the Observer and various other places, tweeted:

Here’s my writing sorted out, Will crucify every fucker who voted Lib Dem, one by one, in the national press. Better you had voted Tory.

I suppose I should proviso this last one, on the whole I don’t believe a single tweet means national news, perhaps Cohen was joking, perhaps he was tired and emotional. But it picks up the tenor of quite a few of the tweets I’ve seen from Labour supporters today.

Maybe this is why I’m a natural Liberal Democrat, I feel nothing like a visceral hatred for either of the two other main parties. I believe that people are largely in politics for the right reasons, I may think they are wrong but I don’t question their faith in what they believe is for the best. Getting a glimpse of how elections work via twitter, I see just how much work is involved in getting elected as an MP (at least in a contestable seat).

It’s tickled my fancy that much of the discussion of the last few days has centred around the percentage share of the vote that a different alliances would get, that’s lovely and I agree entirely with that line of argument but your past record: opposing proportional representation, tells me that you’re a hypocrite if you raise it just now.

I’m still glad I voted Liberal Democrat, I didn’t vote Tory because of the social conservatives, Margaret Thatchers “no such thing as society”, Michael Howard’s blind faith in market solutions, isolationism in Europe, Peter Lilley and his little list, John Major’s denial of support to the Iraq rebels after the first Gulf War and the moves of senior Tories into directorships of companies benefiting from their privatisations. The Tories claim to have changed, perhaps they have, perhaps the LibDems will reinforce that strand.

I hope the move for fair votes takes off, in a sense this is one of the key things I’m after long term in politics. Democracy is important, when I go to the ballot box I want my vote to count just as much as yours. Sorting out the deficit is ephemeral, fair votes will be a lasting legacy.

Perhaps the coalition will fall apart before the end of its term, perhaps the LibDems will suffer for this coalition in the next election (there’s some suggestion that this happens to smaller coalition parties). But for the first time in 70 years people who call themselves “liberal” are in government.