Book review: Edmond Halley Charting the Heavens and the Seas by Alan Cook

Let he who is without sin cast the first stone…

The first stop on the tour is Wool, where I grew up. It’s the furthest I’ve ever lived from a motorway: about an hour and a half from the M5 in Somerset. On the way we pass the outskirts of Dorchester where Prince Charles’ model village, Poundbury, is plonked down incongruously on top of hill, it’s pretty pricey. I experience a navigation fail since the bypass is largely new since I left 20 or so years ago and my mental map is slow to update.

Signposts near Wool are decorated with a graphic of a tank (for The Tank Museum) and a monkey (for Monkey World).

The Inelegant Gardener is always amused by the signpost at the edge of the village for “New Buildings”, it’s been there since I was a child. Funnily enough there are new buildings close to the sign in the form of Purbeck Gates, a new development of 160 houses just approaching completion.

Even for a middle-aged atheist like me, it seems the church is the best image of the village, this is the Anglican church where Father Smedley dropped me on my back whilst demonstrating the christening ceremony to the religious education class. 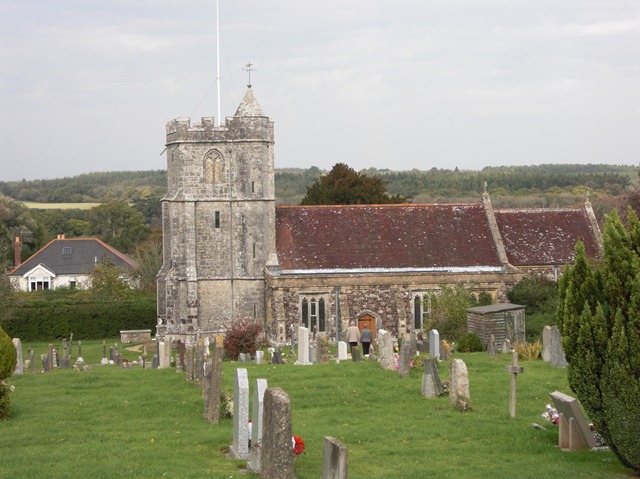 Whilst staying in Wool we went off for a morning in Weymouth, there’s much road building going on since Weymouth will host part of the 2012 Olympics: the sailing part. There is also controversy since upgrading the roads approaching Weymouth will simply dump traffic faster into a small town that can’t handle it, furthermore the council appears to be thinking about charging people to access public land to view the sporting events.

Weymouth has some rather fine Georgian and Regency Buildings. 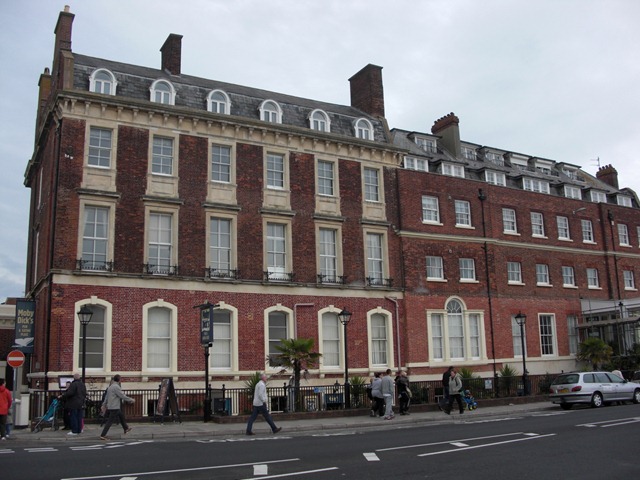 It was an early seaside resort, visited by George III. This is commemorated by a chalk horse on the road out of the town. There is also a statue celebrating his 50th year on the throne. 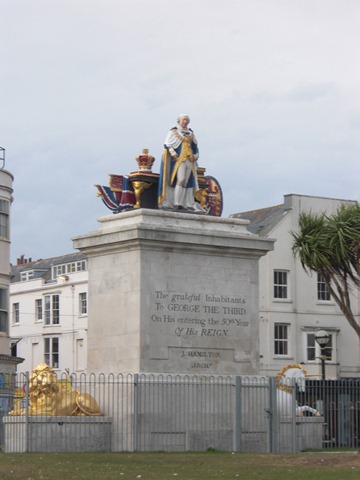 This is the house where my maternal grandmother started her working life in service at the age of 16, in around 1935: 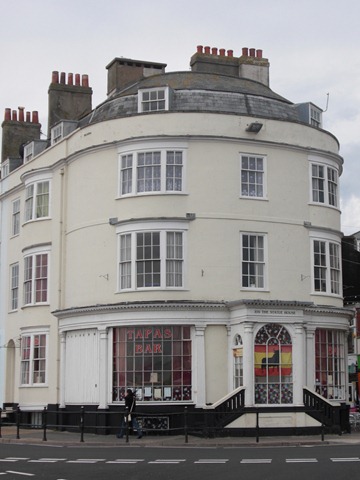 I’ve always rather liked Weymouth but we rarely visited when I was a child, it turns out this is because my mum went to school in Weymouth and this has put her off the town ever since!

We saw a lot of beach huts on our trip, these are some rather smart examples from Weymouth. 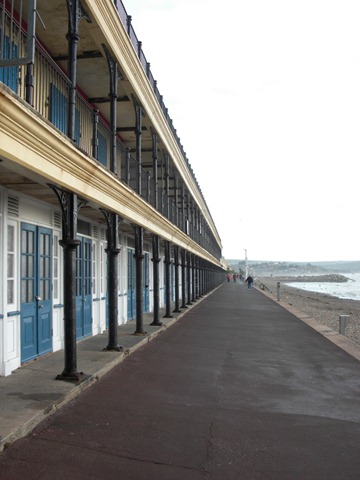 We also visited Lulworth Cove, familiar to many as a geology field trip destination. This is Stair Hole: 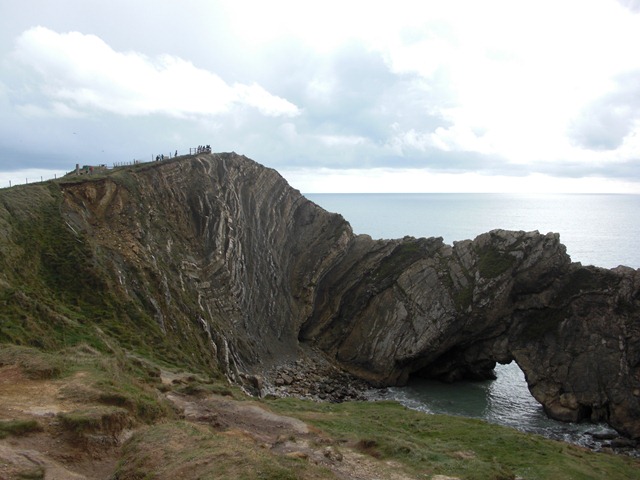 I tend to take my home coast for granted, it is now branded “The Jurassic Coast”, and it’s spectacular!

Next stop Southbourne where my dad now lives with my stepmother, this is outside my home territory but not that far away.

Here you can see the lie of the land, with Hengistbury Head directly ahead and the Isle of Wight featuring the “Polar Bear” in the distance to the right. 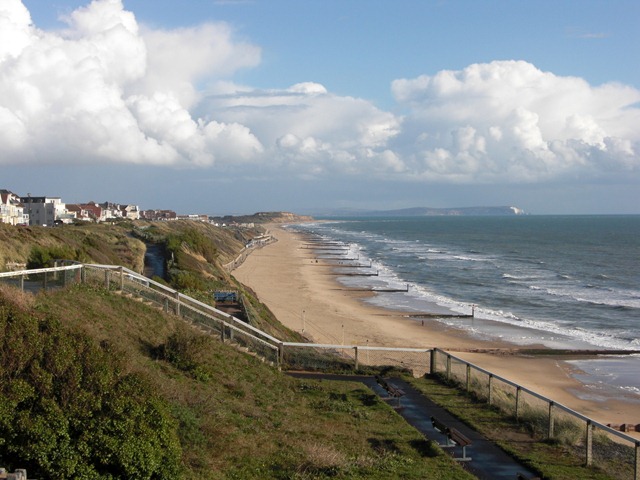 We went off to Mudeford, where Highcliffe Castle sits on the top of the cliff as you can see – glorious blue skies. 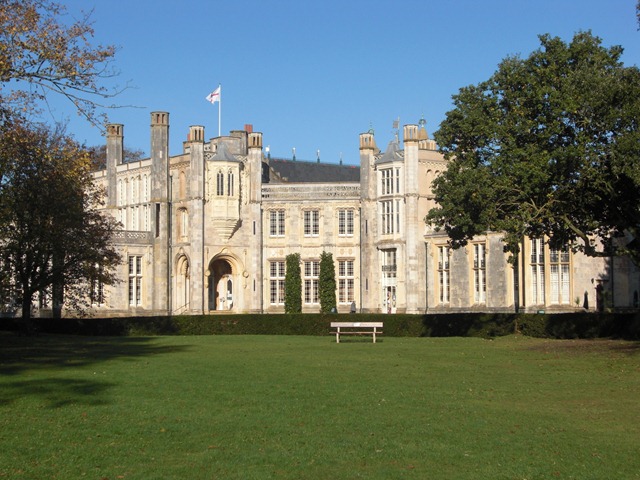 And to finish the trip we went up to the New Forest, Britain’s most recently created National Park. This is a woodland glade close to where dad wants his ashes scattering: 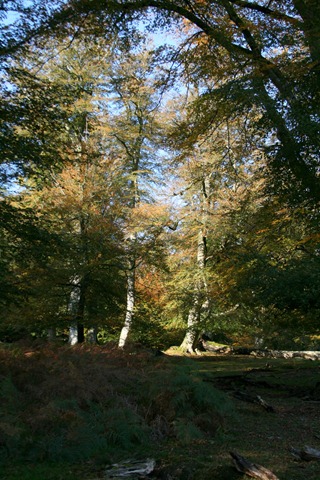 And here’s a mushroom… 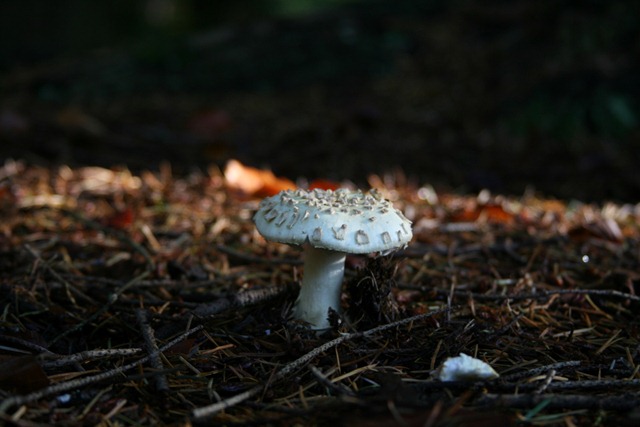 There was quite a lot of rainfall during the week!