The elephant in the room

The naming of things 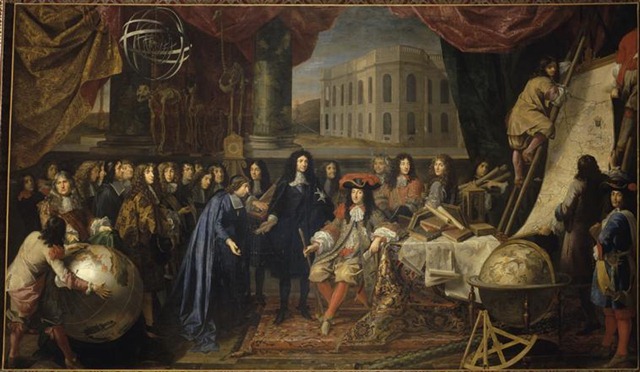 I’ve written a number of times on the Royal Society, Britain’s leading and oldest learned society, often via the medium of book reviews but also through a bit of data wrangling. This post concerns the Académie des Sciences, the French equivalent of the Royal Society. It has gone through several evolutions, and is has been one of five academies inside the Institut de France since its founding in 1795. As a physical scientist the names of many members of the Académie are familiar to me; names such as Coulomb, Lagrange, Laplace, Lavoisier, Fourier, Fresnel, Poisson, Biot, Cassini, Carnot …

The reason I’m interested in scientific societies is that, as a practitioner, I know they are part of the way science works – they are the conduit by which scientists* interact within a country and how they interact between countries. They are a guide to who’s hot and who’s not in science at a particular moment in time, with provisos for the politics of the time. As I have remarked before much of the “history” taught to scientists comes in the form of Decorative Anecdotes of Famous Scientists, this is my attempt to go beyond that narrow view.

The Académie des Sciences was founded in France in 1666 only a few years after the Royal Society which formally started in 1660. It appears to have grown from the group of correspondents and visitors to Marin Mersenne. In contrast to the Royal Society it was set up as a branch of government, directed by Jean-Baptiste Colbert who had proposed the idea to Louis XIV. The early Academy ran without any statutes until 1699 when it gained the Royal label. The Academy was based on two broad divisions of what were then described as mathematical sciences (astronomy, mathematics and physics) and “physical” sciences (anatomy, botany, zoology and chemistry) within these divisions were elected a number of academicians, and others of different grades. Numbers were strictly limited: in 1699 there were 70 members and even now there are only 236. Unlike the Royal Society, funded by member subscriptions, the Academy was funded by government – giving a number of generous pensions to senior academicians to conduct their scientific work.

The Academy avoided discussion of politics and religion, echoing the founding principles of the Royal Society, and was explicit in making links to foreign academics giving them the formal status of correspondent. This political neutrality was sustained through the French Revolution: although the Academy was dissolved for a few years at the height of the Terror and was subsequently reformed with essentially the same membership as before the revolution. Furthermore work on revising the French system of weights and measures carried on through the Revolution.

The Scholarly Societies Project has an overview of publications by- and about the Academy. The earliest scientific papers of the Academy appear in “Journal des Sçavans”, which commenced publication in 1665, shortly before the “Philosophical Transactions of the Royal Society” and therefore the earliest scientific journal published in Europe. From 1699 a sequence of work is published in “Histoire de l’Académie royale des sciences” until 1797.  Finally “Comptes Rendus Hebdomadaires des Séances de l’Académie des Sciences” has been published since 1835. Most of which are freely available as full-text digitized editions at Gallica (the French National Library).

The British government established the Longitude Prize in 1714, by act of parliament, to award the inventor of a simple and practical method for determining the longitude at sea. Subsequently Rouillé de Meslay invested a similar prize for the Academy, which commenced in 1720. This sequence of Academy prizes was awarded yearly to answer particular questions and alternated between subjects in the physical sciences and subjects in navigation and commerce. Those in commerce and navigation revolved around shipping: with questions on anchors, masts, marine currents and so forth. These prizes were open to all, not just members of the Academy. Subsequently the Academy became a clearing house for a whole range of prizes, these are described in more detail in “Les fondations de prix à l’Académie des sciences : 1714-1880” by E. Maindron.

In summary, although similar in their principles of supporting science, scientific communication and providing scientific support to the state and commerce the Royal Society and the Académie des Sciences differ in their internal structure and relationship with the state. The Academy being more closely aligned and funded by the state, certainly in formal terms, and rather more limited in its membership.

In common with the Royal Society the membership records of the Académie are available to play with and in common with the Royal Society they are in the form of PDF files which are a real pain to convert back into nicely structured data. I could engage in a lengthy rant on the inequities of locking up nice data in a nasty read-only format but I won’t!

MacTutor History of Mathematics Archive is the best English language resource I’ve found on the Académie des Sciences. Winners of the Grand Prix can also be found on this site.