Thanks to Athene Donald* at Occam’s Typewriter for nominating me for a Versatile Blogger Award: 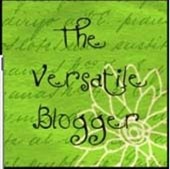 I like to think I am a versatile blogger: I post on books, science, politics, photography, gadgets, and science policy. This is one of those slightly pyramid schemes, in which I’m willing to partake since I fancied listing a few of my favourite blogs. The rules of the scheme are as follows:

Perhaps a little surprisingly I don’t follow many science blogs, I get my science fixes from New Scientist, Nature, Physics World, and Communications of the ACM, three of them I even get on paper!

Seven random things about me:

And so I pass on to the next members of the chain, who should feel under absolutely no obligation to do anything about this at all!

*More properly Professor Dame Athene Donald, FRS who led the group I worked in at the Cavendish Laboratory.