Of Matlab and Python 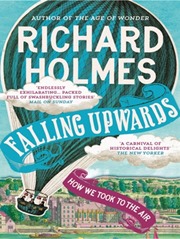 I read Richard Holmes book The Age of Wonder some time ago, in it he made a brief mention of balloons in the 18th century. It pricked my curiosity, so when I saw his book Falling Upwards, all about balloons, I picked it up.

The chapters of Falling Upwards cover a series of key points in the development of ballooning, typically hydrogen balloons from the last couple of decades of the 18th century to the early years of the 20th century. One of the early stories is a flight from my own home city, Chester. Thomas Baldwin recorded his flight in Airopaidia: Containing the Narrative of a Balloon Excursion from Chester, the eighth of September, 1785. The book does not have the air of a rigorous history of ballooning, it introduces technical aspects but not systematically. It is impressionistic to a degree, and as a result a rather pleasant read. For Holmes the artistic and social impact of balloons are as important as the technical.

In the beginning there was some confusion as to the purposes to which a balloon might be put, early suggestions included an aid to fast messengers who would stay on the ground to provide but use a small balloon to give them “10 league boots”, there were similar suggestions for helping heavy goods vehicles.

In practice for much of the period covered balloons were used mainly for entertainment – both for pleasure trips but also aerial displays involving acrobatics and fireworks. Balloons were also used for military surveillance.  Holmes provides chapters on their use in the American Civil War by the Union side (and very marginally by the Confederates). And in the Franco-Prussian war they were used to break the Prussian siege of Paris (or at least bend it). The impression gained though is that they were something like novelty items for surveillance. By the time of the American Civil War in the 1860’s it wasn’t routine or obvious that one must use balloon surveillance, it wasn’t a well established technique. This was likely a limitation of both the balloons themselves and the infrastructure required to get them in the air.

Balloons gave little real utility themselves, except in exceptional circumstances, but they made a link to heavier-than-air flight. They took man into the air, and showed the possibilities but for practical purposes generally didn’t deliver – largely due to their unpredictability. To a large extent you have little control of where you will land in a balloon once you have gone up. Note, for example, that balloons were used to break the Prussian siege of Paris in the outbound direction only. A city the size of Paris is too small a target to hit, even for highly motivated fliers.

Nadar (pseudonym of Gaspard-Félix Tournachon), who lived in Paris, was one of the big promoters of just about anything. He fought a copyright battle with his brother over his, adopted, signature. Ballooning was one of his passions, he inspired Jules Verne to starting writing science fiction. His balloon, Le Géant, launched in 1863 was something of a culmination in ballooning – it was enormous – 60 metres high but served little purpose other than to highlight the limitations of the form – as was Nadar’s intent.

From a scientific point of view Falling Upwards covers James Glaisher and Henry Coxwell’s flights in the mid-nineteenth century. I was impressed by Glaisher’s perseverance in taking manual observations at a rate of one every 9 seconds throughout a 90 minute flight. Glaisher had been appointed by the British Association for the Advancement of Science to do his work, he was Superintendent for Meteorology and Magnetism at the Royal Greenwich Observatory. With his pilot Henry Coxwell he made a record-breaking ascent to approximately 8,800 meters in 1862, a flight they were rather lucky to survive. Later in the 19th century other scientists were to start to identify the layers in the atmosphere. Discovering that it is only a thin shell – 5 miles or so thick which is suitable for life.

The final chapter is on the Salomon Andrée’s attempt to reach the North Pole by balloon, as with so many polar stories it ends in cold, lonely, perhaps avoidable death for Andrée and his two colleagues. Their story was discovered when the photos and journals were recovered from White Island in the Artic Circle, some 30 years after they died.

Falling Upwards is a rather conversational history. Once again I’m struck by the long periods for technology to reach fruition. It’s true that from a technology point of view that heavier-than-air flight is very different from ballooning. But it’s difficult to imagine doing the former without the later.