A short story about scientific impact 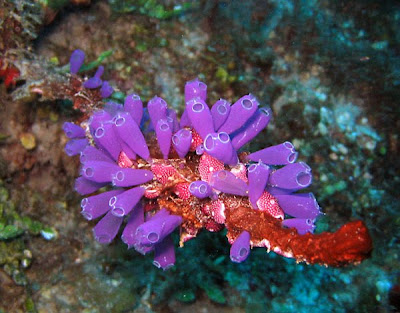 You might have noticed I’m happy to go off into areas of science which are not my own with gleeful abandon, applying a physicist’s mind to what I find. This week I’m off to see the biologists, Mrs SomeBeans is a zoologist – so in a sense, I sleep with the enemy. Twitter puts me in touch with so many more of the biological persuasion.

Animals are very well covered in TV documentaries but their view is somewhat partial, favouring the furry and cute, but there’s so much more.

I think my appreciation for the wonders of the tree of life was first stimulated by “Wonderful Life” by Stephen Jay Gould. This book describes the fossils uncovered in the Burgess Shale a collection of fossils, from almost the very earliest life in the record – 500 million years ago. Gould is making two key points in his book, the first is that the so-called Cambrian explosion of species threw up a very diverse range of body plans; his second point is that the ones that survived did so almost by chance, there wasn’t anything obviously superior about them. Richard Dawkin’s book, “The Ancestor’s Tale” is also well worth a read.

I should explain body plan: this is the overall layout of the animal. So for the tetrapods (including mammals, reptiles, amphibians, birds) you get four appendages. Insects: the plan is six legs, three body parts and an exoskeleton. I’m reliably informed that snakes are tetrapods, although I’m struggling with this particularly since one of my advisers previously tried to persuade me that mohair came from mo’s. Basic rule seems to be that you can lose bones, fuse bones but not gain bones.

As a physicist, I really like this approach. Physicists basically have poor memories which shapes their approach to science, they like nice simple rules that encapsulate as much information as possible. You also spot them looking for “the simplest possible” model. So being freed from the requirement to learn lots of animal names by the simple expedient of calling them all ‘tetrapods’ is great. It’s true that the tree of life is more complicated than that but the principle is there. If you want to go into this in more depth, the technical name for this study is phylogenetics… *time passes as I get completely distracted*

At this point I originally made my usual error by referring to other living animals as being further down the tree of life: they’re not, we’re all leaves on the surface of the tree. A good way to wind up a biologist is to refer to another currently living species as ‘primitive’. They don’t like this because, as they point out, they’ve been evolving for just as long as us! So, rather than referring to them as ‘primitive’ here are a couple of distant leaves: Hagfish are the only vertebrates to have a skull, but not a spinal column. They evade capture by covering themselves in slime. And as for tunicates, they start with a notochord (a precursor to a spinal cord) as larva but give it up as adults which indicates a certain bloody-mindedness that I admire. (it’s a tunicate that decorates this post, at the top).

Rather more interesting than yet another furry animal…