A letter to the Institute of Physics

Book review: The Age of Wonder by Richard Holmes 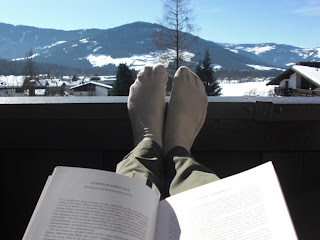 I thought I would give book reviewing a go, this last week we have been holidaying which means I managed a solid chunk of reading, seated on the balcony of our hotel (see picture*). An ulterior motive is that, casting an eye across my bookshelves, there are interesting books which I have read of whose contents I have no memory. So in this post I hope to remind a future me of what I have read.

The subject of my review is “The Age of Wonder” by Richard Holmes. This is a book on a subset of scientists active in England around 1800. As I have mentioned before I am not up to the reading of original sources required of historians, but it doesn’t mean I’m not interested.

A central figure in this book is Sir Joseph Banks, who warrants a chapter of his own covering his round the world trip with Captain Cook, focussing mainly on his time in Tahiti. He travelled at his own, considerable, expense as the voyage’s lead naturalist. The attrition for the whole journey was terrible, with half the crew and four of the eight man nature team dying. The voyage was led by the Admiralty with a contribution of £4000 from the Royal Society to observe the transit of Venus from Tahiti. After this journey Banks appears to have acted far more as an administrator and courtier than a personal adventurer, perhaps understandably. He also went on to become the President of the Royal Society and was heavily involved in developing the Royal Botanical Gardens at Kew.

William Herschel, and his sister Caroline, lead in two chapters. In the first instance we find Herschel discovering Uranus, using the rather fine telescopes he had made for himself. He is “discovered” by a fellow of the Royal Society viewing the stars in the street outside his house in Bath. The book reveals a nicer side to Nevil Maskelyne, the Astronomer Royal who has received a poor press through his treatment of John Harrison. Caroline Herschel, who discovered a number of comets in her own right was recognised for it, in part, through his support.

In a second chapter William Herschel’s, with Caroline, commission a 40 foot telescope, using a “grant” from King George III totalling £4,000. Converting this into a modern equivalent is a complex process since there really isn’t a single answer. According to the National Archive currency converter this is equivalent to about £130,000 in modern money. The Astronomer Royal was then earning £300 per annum, if we scale a modern professors salary (£60k) in a similar fashion then we get a figure of £780k. Other calculations give us figures in the low millions, which is actually not that large: many university labs around the country will contain single items valued in excess of £1million and most will probably host £1million worth of equipment in total. Ultimately the 40ft telescope did not make a huge scientific impact, being rather difficult to use, however Herschel was instrumental in discovering “Deep space”, that’s to say the appreciation of the vastness of the universe.

There is an interlude on balloonists which stands a little free from the rest of the book, both hot-air balloons and hydrogen balloons were invented at roughly the same time. One enterprising soul, Jean-François Pilâtre de Rozier, bolted the two devices together but came to a sticky end as the fire required to heat the hot air balloon was somewhat incompatible with the flammable hydrogen balloon. The balloonists were broadly showmen and adventurers but their activities had an air of futility to them. Although the leap into the air was significant, ultimately the lack of control in passive balloons limited their applications.

Humphrey Davy makes three appearances, in the first we see some of his early scientific life in Bristol working on various gases at Thomas Beddoes Pneumatic Institute in Bristol. Here, amongst other things, he seems to have entrenched his scientific methodology and experimented on self and others with nitrous oxide (laughing gas). In a later chapter he appears to design his miner’s safety lamp – a lamp which would burn safely in mines where methane is present. He comes over in this chapter as a rather arrogant character, a little unscrupulous in claiming the credit for the discovery of iodine and rather tardy in his acknowledgement of the support he received from Michael Faraday in his work.

There is a chapter on Mungo Park who, apart from his name, just didn’t capture my imagination. He made a start on the exploration of inner West Africa sponsored by Banks via the Africa Association. To my mind he was ill on arrival then died in transit, which didn’t seem to make much of a story.

A chapter entitled “Dr Frankenstein and the Soul” starts with a discussion of Fanny Burney’s mastectomy conducted without anaesthetic, which she described in quite terrible detail in a letter to her sister. This leads into Vitalism and the medical experiments of the day, some of them quite horrific, which fed into Mary Shelley’s “Frankenstein”. There is some discussion of the interaction between various poets of the time, Byron, Shelley, Coleridge, Wordsworth, Keats and the scientists. In a way it seems that it was a time before the two cultures that C.P Snow described.

The final chapter covers young turks rising up against the fuddy-duddys at the Royal Society and forming their own organisation – The British Association for the Advancement of Science.

All in all a very fine read, it seems to fit with Lisa Jardine’s book “Ingenious Pursuits” which covers an earlier period in the history of English science, from around the middle of the 17th century to the early years of the 18th, and Jenny Uglow’s “The Lunar Men” which covers the period 1730-1810 which is a little before the period covered in “The Age of Wonder” and is interested in particular in the members of the Lunar Society.

I’m now looking for a biography of Sir Joseph Banks, a more complete history of the Royal Society and I feel like I should be exploring some of the other European scientific societies of the period such as the French Académie des sciences.

*The picture is cheating a little, the featured volume is “The Illustrated Natural History of Selborne” by Gilbert White, who crosses paths with Sir Joseph Banks. This was part of The Inelegant Gardener’s reading, which I borrowed.