A brief history of gadgets 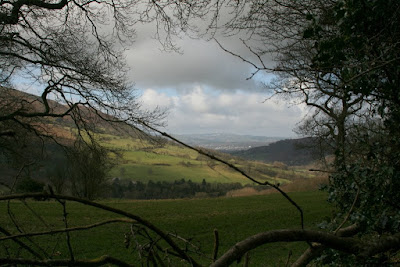 Off to Afon-wen and Caerwys today for a brisk walk featuring steep walking through woods, spring flowers, llamas, highland cows and a newt. You can see the route here:

View Caerwys in a larger map

It’s a walk from “Walking in the Clwydian Range” by Carl Rogers, real men make up their own walks from OS maps and scouting missions but I’m lazy. A cool spring day today, in the distance we could still see the odd patch of snow on the hillsides. The trees were bare but the flowers had started to come out: 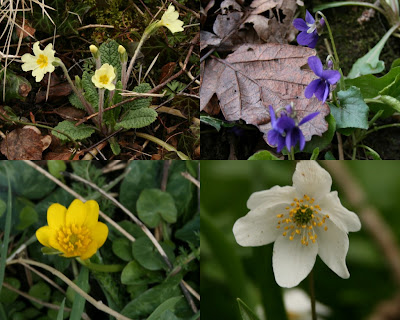 Clockwise from top left: Primrose, violet, wood anemone, and celandine
There were many birds out, singing away enthusiastically. I was going to show a picture of a woodpecker which we heard tapping away very close by, but we didn’t see it so it would really have been a conceptual piece so I’d like you take that conceptuality one step further and imagine a picture of a tree with an unseen woodpecker in it. Caerwys is the home of llamas, which I also treat with a degree of respect, since they spit if you offend them: 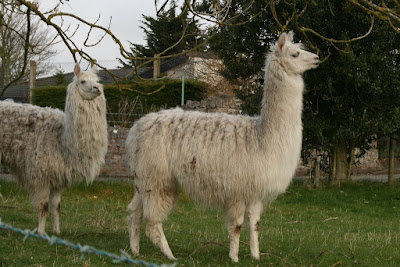 Although it’s a very rural location there are both signs of modern industrialisation in the from of quarries and sandpits and also the remnants of older work, including this lime kiln: 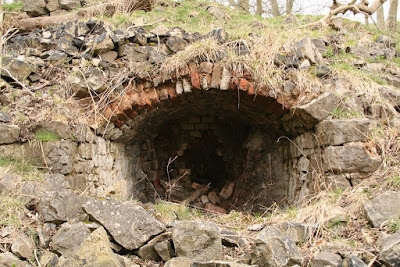 And also this rather creepy corrugated iron building which put me in mind of “Jeepers Creepers” or “Deliverance“: 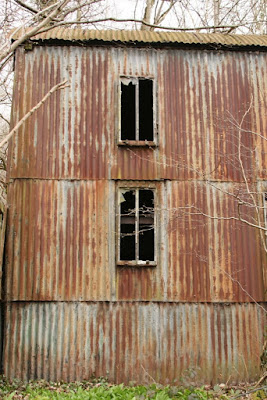 With a vivid imagination, a walk in the countryside is never boring! We walked through the village of Caerwys, which is quite pretty – many of the houses seem to be well-made from the local limestone. No photos though, mainly because the streets were full of parked cars which are an aesthetic abomination and I don’t like photographing people’s houses in close up – it seems rude. However, I had no qualms about photographing this fine house across Ysceifiog Lake which was created for fishing by the Earl of Denbigh in 1904: 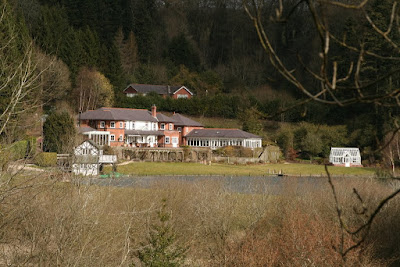 We next passed through a small nature reserve: Y Ddol Uchaf, which is a designated Site of Special Scientific Interest (SSSI) whose information board promised newts, and lo – I saw that there were newts and it was good: 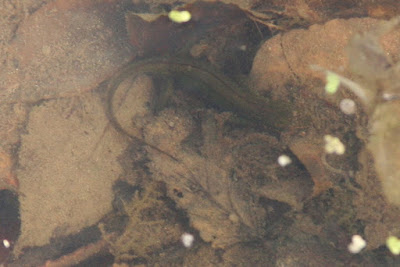 On the final stretch back to the car we were treated to these handsome chickens: 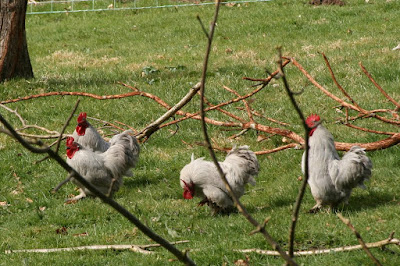 And some Highland cows, we first sighted some of these in the distance across a field then we passed close by to another group behind a photography unfriendly fence then eventually coming to some easily accessible ones in photogenic mud: 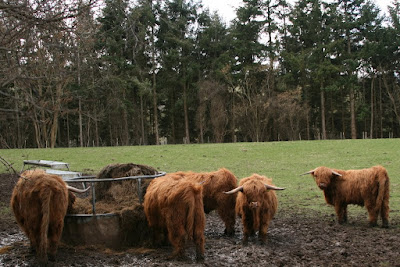 This one, is the bull in the group, I’m a country lad and was easily able to identify him as such by dint of his sizeable testicles (which I refrained from photographing): 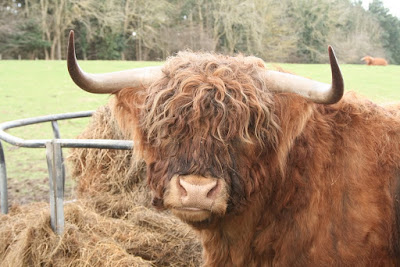 So there you go, a memorial of our Easter Sunday walk immortalised for when I am old and incapable of leaving the house.