Early reports of the Royal Society 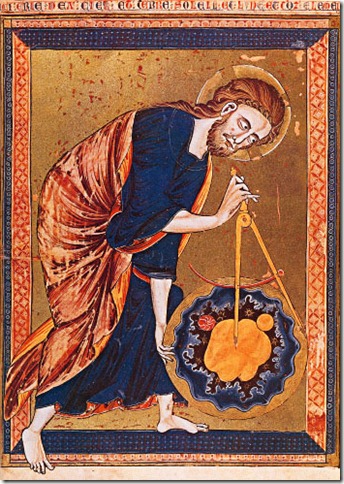 I seem to be on a run of book reviewing at the moment, as I’ve indicated before these are as much for me as they are for you! This weeks contribution is on “God’s Philosophers: How the Medieval World laid the foundations of Modern Science“ by James Hannam. This book looks at the development of science, or at least a precursor to modern science, during the Middle Ages (5th-15th century). This fits in with my previous book reviewing which has gone back to the founding of the Royal Society (1662), and a little earlier with Gerard Mercator (1512-1594).

To my mind the book makes a poor start in the introduction by telling me how everything I believe about the Middle (or Dark) Ages is wrong, and so is everyone else. I’m prepared to accept that my visualisation of the Dark Ages, as being quite literally Dark with peasants fumbling around in a permanent twilight may be wrong, however this type of introduction generally leaves me believing that the writer is a conspiracy theorist!

A recurring theme of the book is how those studying natural philosophy (a convenient term for the proto-science) continually ran the risk of being accused of heresy. Hannam seems to portray the treatment of heresy as not really so bad: only 1 in 20 trials resulted in burning at the stake, there wasn’t much torture, the victim was asking for it, the church handed over the heretics to the secular authorities who carried out the most terrible punishment. This seems to treat lightly the death, by burning at the stake, of people who simply believed something different. Perhaps more insidiously anyone studying natural philosophy had to have an eye to what the church believed in case what they studied was considered to be heretical. Later Hannam’s defence turns out to be more narrowly defined: he sees himself as defending the Catholic Church against Protestants. He reserves a special ire for humanists, those in the Renaissance who had a particular fondness for studying the ancient classics.

This said, the book is a nice overview of the development of the academic life after the fall of the Roman Empire, with the early universities in Italy and France growing up as offshoots from the great cathedrals. The very earliest of these institutions taught law, and sometime later medicine although the core of early teaching was in theology. A great deal of effort was expended in recovering the work of the Ancients (Greek philosophers) this was made difficult by the absence of much knowledge of Greek in Western Europe. The Arabs had picked up much of this material in an earlier period but translated it into Arabic rather than Greek whilst Western Europe had Latin as a common scholarly language. Interest was primarily in Aristotle, although later the works of Plato were re-discovered. In some ways it’s this aspect of the Middle Age and Renaissance enterprise which is so confusing to a modern scientist. It just looks like it would be far easier, and quicker, to make a fresh start and discover things for yourself rather than dredge through ancient, partial manuscripts in ill-known languages for clues.

There are various places in the book where I can feel myself trying to shout back through the ages “Yes, yes, you’re on the right track, keep going!”. Only to see the protagonist draw back at the last minute or for their work to be subsequently ignored. Examples include Nicole Oresme (1323-1382) and his use of graphs in understanding physical ideas. Or the theory of impetus developed by Jean Buridan (~1300-1358), which is a very direct precursor of modern theories of mechanical motion. Similarly isolated sparks spoke of doing controlled experiments to test theories, and the idea that mathematics could be used to describe physical processes. However these ideas did not seem to start drawing together until the period in which Galileo lived (1564-1642).

The part that astrology played in the development of astronomy is rather illuminating, as part of their programme the astrologers wanted to known exactly where heavenly bodies would be at some point in time in the past or future therefore they expended considerable, skilled effort in measuring the locations of these bodies and building models from these measurements. This was the work that lead Copernicus to propose a heliocentric solar system, and would have fed into Newton’s work on gravity, and all done for completely ridiculous reasons. This also highlights some of the oddities in the thinking of the early pioneers of the modern period, for example William Gilbert, who did excellent work on magnetism did it in a distinctly odd framework – he believed the magnet was the soul of a planet, similarly William Harvey’s work on the circulation of blood and Isaac Newton’s obsessive alchemy and bible study.

During the Middle Ages there were various technological developments: the mechanical clock (Norwich, 1273), spectacles (Venice, 1300), modern printing (by Gutenberg around 1439). Paper making had been brought to Europe at some time before 1276 when the first paper mill is recorded in central Italy. Gunpowder was first mentioned in Europe by Roger Bacon (1267), having been invented in China in around the 9th century. These inventions largely arose outside of the university system.

The book ends with the death of Galileo in 1642, who had been subjected to a trial for heresy following which he was held under house arrest for the remainder of his life. The book makes clear, that in common with Newton, Galileo was “standing on the shoulders of giants” drawing heavily on work in the Middle Ages – although synthesising into a coherent whole, making his own additions and also covering a large range of topics over his lifetime.

Finally there is a timeline, a cast of characters and a nice, manageable set of further readings.

I feel ambivalent about this book, the historical aspects of it I found very interesting, the proselytising less so. It seems evident that there was progress in proto-science during the Middle Ages, and also in technology. Hannam claims that the Catholic Church facilitated this progress; the evidence he presents is mixed – they supported scholarship and the founding of universities but simultaneously ran a system of Inquisition to detect heresy which made free academic enquiry difficult.